Cosponsored by Center for Religious Tolerance

Register for the screening here.

“REFUGE” tells a story about fear and love in the American South. A leader in a white nationalist hate group finds healing from the people he once hated – a Muslim heart doctor and his town of refugees. Chris is a husband and father, a veteran, and until recently, a leader in the KKK. He started hating Muslims when the planes hit the Twin Towers on 9/11, but is forced to confront his hate when he receives a text from Muslim refugee, Heval. “REFUGE” illustrates the false promises of hate and reveals where real and lasting refuge is found. Where there is love, there is refuge.

The evening includes a talk with Din Blankenship, the film’s director and producer.

As a Screening Partner for the 2022-2023 Southern Circuit Tour of Independent Filmmakers, Fogartyville will host a total of six independent filmmakers for screenings and conversations around important stories and the art of filmmaking.
Southern Circuit screenings are funded in part by a grant from South Arts, a regional arts organization, in partnership with the National Endowment for the Arts. 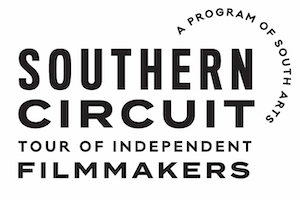