NOTE: WSLR+Fogartyville is following the Covid Safety protocols established by #SafeArtsSarasota.  For a complete list of protocols, CLICK HERE.

Screening of ‘Home From School’ Documentary 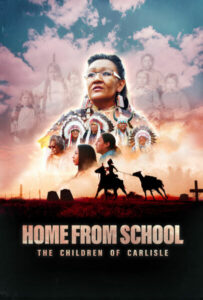 “Home From School” documentary screening at Fogartyville | Tuesday, Feb. 21, 7 p.m. | Free admission Reserve your spot here. “Kill the Indian in him, and save the man.” This was the guiding principle that removed thousands of Native American children and placed them in Indian boarding schools. Among the many who died at Carlisle Indian Industrial […] 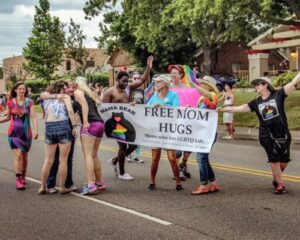 “Mama Bears” documentary screening at Fogartyville | Tuesday, March 21, 7 p.m. | Free admission “MAMA BEARS” is an intimate, thought-provoking exploration of the journeys taken by Sara Cunningham and Kimberly Shappley, two “mama bears” —whose profound love for their LGBTQ children has turned them into fierce advocates for the entire queer community — and Tammi Terrell […] 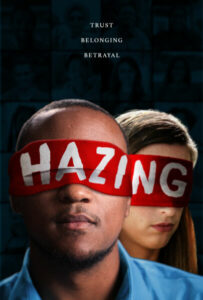 “Hazing” documentary screening at Fogartyville | Tuesday, April 18, 7 p.m. | Free admission Hazing is a widespread, far-reaching practice fueled by tradition, secrecy, groupthink, power, and the desire to belong in fraternities and sororities on college campuses across the U.S. Filmmaker Byron Hurt embarks on a deeply personal journey to understand the underground rituals of hazing, […] The Southern Circuit Tour of Independent Filmmakers brings the best of independent film to communities across the South. As a new Screening Partner, WSLR will work collaboratively with South Arts to develop exciting new programming; provide our audiences with the opportunity to meet filmmakers and learn about the art of filmmaking; and encourage community engagement using film as a conduit for discussions about social and community issues.  Thanks to the Peace Education and Action Center for being a co-presenter of the film series.

Here’s what’s on tap for the 2022-2023 season at Fogartyville; watch for more details on filmmaker appearances to come!

Mama Bears – Mama Bears is a feature-length documentary that explores the many ways in which the lives of conservative, Christian mothers are impacted and utterly transformed when they decide to affirm and advocate on behalf of their LGBTQ children. As members of a private Facebook group—which they call the “mama bears” because of the fierceness with which its members fight for their offspring’s rights—they offer one another support and understanding in the struggle to overcome the teachings of their evangelical churches.

Refuge – REFUGE is a story about fear and love in the American South. A leader in a white nationalist hate group finds healing from the people he once hated – a Muslim heart doctor and his town of refugees.

Stay Prayed Up – The only thing mightier than Lena Mae Perry’s electrifying voice is her faith. She’s spent the last 50 years sharing and sharpening both as the steadfast bandleader of The Branchettes, a legendary North Carolina gospel group that has packed churches throughout the South and lifted weary hearts as far away as Ireland. The documentary follows Perry and The Branchettes as they prepare to record their first, fully live album, a hallmark in the canon of Black gospel groups.

Hazing – Filmmaker Byron Hurt takes viewers with him on a journey to explore the culture of hazing. Byron talks to family members of deceased young people, as well as survivors, to reveal the underbelly of groups that haze. HAZING will take a fascinating look at identity, belonging, groupthink, control, power and dominance, bystander intervention, race and gender, and violence.

Outta the Muck – Family, football and history come to life in an intimate portrait of the Dean family, longtime residents of the historic town of Pahokee, Florida.  Told through stories that transcend space and time, Outta The Muck presents an intimate portrait of a community that resists despair with love, remaining fiercely self-determined, while forging its own unique narrative of Black achievement.

Home from School – This film dives into the history of the flagship federal boarding school, Carlisle Indian Industrial School, and follows the modern day journey of the Northern Arapaho Tribe as they seek to bring home the remains of three children who died at Carlisle over 100 years ago.

About the Peace Education and Action Center

The Peace Education and Action Center works to connect and empower people to build a more just and peaceful community and world.

Thank you to our film sponsors!