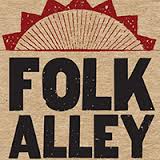 FolkAlley.com went online in September 2003, offering live-streaming music over the Internet 24 hours a day. The hosted stream is produced by WKSU-FM in Kent, OH, which also built and maintains the web site. The Folk Alley playlist is created by senior host, Jim Blum, and Folk Alley Music Director Linda Fahey and features a distinctive blend of the best of singer/songwriter, Celtic, acoustic, Americana, traditional, and world sounds.

WKSU-FM went on the air more than 50 years ago as a service of Kent State University. A National Public Radio affiliate, WKSU airs the best in classical music and public radio entertainment programming. Folk music has also played an important role in WKSU’s broadcast history, thanks, in part, to Kent, Ohio’s long-standing connection with the folk community, including hosting the Kent State Folk Festival for over three decades