Stan Zimmerman is a writer, editor and broadcaster with 47 years of experience. He reported in Florida, Washington, DC and 10 countries, published four books, and regularly lectures on Florida history. He won election to the Sarasota County Charter Review Board, the Congressional Periodical Press Gallery governing board and the Sarasota Sailing Squadron board of directors. He served an appointed term as a Sarasota City Commissioner, and as a member of the Southwest Florida Regional Harbor Board. He chaired the Alta Vista Neighborhood Association, the Coalition of (Sarasota) City Neighborhood Associations, and the Bellona USA Foundation.
His awards include first place in 2010 for “Editorials” and first place in 2009 for “in-depth reporting” by the Florida Press Association, “outstanding newsletter journalism” by the National Press Club, was a finalist in “commentary” by the Society for Professional Journalists, and received a medal from the U.S. Naval Institute. He is a veteran of the U.S. Army with basic parachutist and jumpmaster wings. 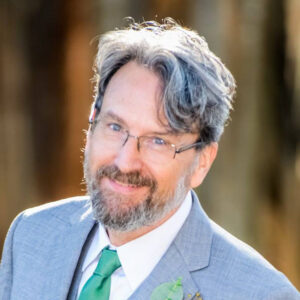 David Brain started out to be an architect until an interest in urban issues drew him to a Ph.D. in sociology.  He is a professor of Sociology and Environmental Studies, and directs the Urban Studies program at New College of Florida. David’s research and teaching interests focus on the connections between place-making, community-building, and civic engagement, […] 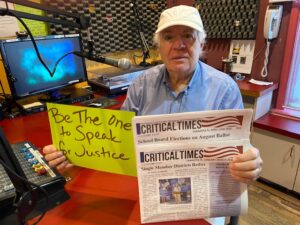 Originally from Argentina, Mariano Vera has worked with La Prensa in Buenos Aires, Crónica Newspaper in Washington D.C. He has had radio shows in National Public Radio in Buenos Aires, Bowie, Maryland, and now Sarasota, Florida. He is currently the producer of “Nuestra Música” (Our Music) a show that highlights music from Latin America, Spain, […] 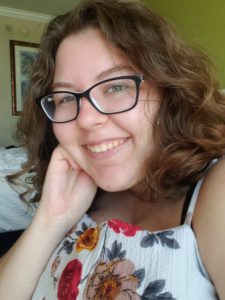 Sophia Brown is from Lutz, FL, and is currently studying English at New College. She’s  also the editor in chief of New College’s student-run newspaper, The Catalyst. Her interest in print journalism is what initially drew her into WSLR+Fogartyville, but she also has a growing passion for public radio and the kind of community building […]