I just finished reading “Bebo De Cuba: Bebo Valdes and His World”, a 700 page book by Swedish historian Mats Lundhal (2015), on loan from John Radanovich, author of “WILDMAN OF RHYTHM” the Benny More Story. Thanks John! This is an incredible book!
We’ll talk with John about Bebo, son Chucho and grandson Chuchito on the next Latin Explosion show, December 30.
Bebo was a Cuban pianist, bandleader, composer and arranger. He was a central figure in the Golden Age of Cuban music, led two famous big bands, and was one of the “house” arrangers for the Tropicana, a glamorous cabaret-casino tucked away in a Havana suburb.
In 1963 Bebo stopped in Sweden on a tour. He met Rose Marie, an 18 year old girl, got married and settled in Stockholm until his passing in 2013 at 94 years of age.
Paquito D’Rivera tracked him down in the 90’s and got him in the studio to record his first album in decades, BEBO RIDES AGAIN! The rest, as they say, is history.
Here is Bebo’s discography outside of Cuba;
Bebo Rides Again! with Paquito D’Rivera (1994) Messidor
Calle 54, a Documentary by Fernando Trueba (2000) Calle 54 Records
El Arte Del Sabor, with Israel Lopez “Cachao” and Carlos “Patato” Valdes (2002) Blue Note
Lagrimas Negras, with Diego el Cigala (2003) Calle 54 Records
Bebo De Cuba (2006) Calle 54 Records
Bebo y Chucho Valdes; Together Forever (2008) Calle 54 Records
Latin Explosion is a 20th Century Salsa, Latin Jazz and Afro Cuban music radio show that originates at WSLR 96.5FM Sarasota and broadcast by Pacifica Radio affiliates in Houston, Philadelphia, San Antonio, Albany and towns from coast to coast.
Claire Montenegro, producer, Juan Montenegro, host.
90.1 FM KPFT Houston WSLR 96.5 Community Radio 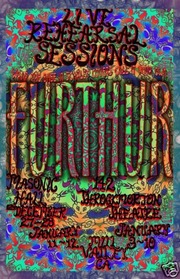 BEST OF 2022: WSLR Programmers talk must-listen-to albums of the year