Ukrainian refugees, then juvenile justice, all on the Peace & Justice Report at 9am Weds. April 20.

Tomorrow, Wednesday, April 20 at 9am, we’ll first hear our usual report on the Florida legislature from Jim Saunders, Executive Director of the News Service of Florida.

Then we’ll hear a report from Allan Mestel about his trip to the Polish border to photograph and interview refugees from Ukraine. See some of his photos HERE.

He writes “In March 2022, less than a month after Vladimir Putin’s brutal, unprovoked assault on the sovereign nation of Ukraine, I travelled to Medyka, the major border crossing between Poland and Ukraine to spend seven days documenting the flood of refugees crossing the border with nothing more than a few bags of belongings and the clothes on their backs. They came by car, bus, train and on foot. The exodus continued twenty-four hours a day, almost all women and children. All the men remained behind to fight. My photography captures both the refugees and the heroic work of aid workers from around the world who put their lives on hold to travel to the border and help in any way they could. I can’t say enough about the Polish people who opened the border, their homes and their hearts to make desperate and shell-shocked people comfortable and welcome.”

Then, since it’s the third Wednesday of the month, we’ll host JUSTICE MATTERS from Legal Aid of Manasota. They’ll be talking about issues in the juvenile justice system. The hosts as usual are Linda Haradine and Larry Eger, and their guests are Janella Leibovitz and Kiera Forlenza.

By the way, Robert Greenwald’s Brave New Films has a new film out titled “Suppressed and Sabotaged – The Fight to Vote” about voter suppression. Check it and the many other important films out at www.bravenewfilms.org. 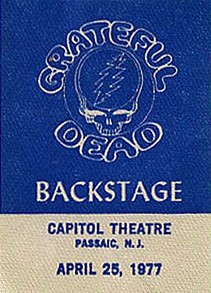 From Tango to Flamenco