Stephen Spaulding (above) from Common Cause is joining Steve and Lew this week to give us the first-hand account of the lawsuit Common Cause and others have brought against the Trump campaign for paying adult film actress Stormy Daniels to keep quiet about her relationship with Donald Trump.  Apparently,  donating hush money to a campaign can be construed as an illegal campaign contribution. Who knew?

But first, Tim Johnson a research fellow at Media Matters for America and the guns and public safety program director will detail some of the reporting discrepancies between mainstream media and the so-called conservative media  of the tragedy in Parkland last month and the aftermath, including what can and should be done. As one can imagine, according the Fox News and the like, the gun played no significant role in the horrific event. It was just another case of students being in the wrong place at the wrong time: standing in front of a gun firing bullets at them. When will they ever learn?

“From the Mountains and Beyond” Monday March 5th, 4-6pm 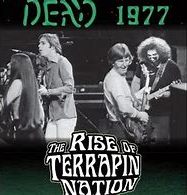