Once everyone gets their sound dialed in, this is a fine recording, although Jerry’s guitar is a tad
background…

REVIEW: Monster show… candidate for Dave’s Picks
Hey Gang, of course, there is no soundboard recording that circulates from this show, granting a logical
choice for legitimate commercial release by the Grateful Dead. Although, I didn’t attend this show; it’s a
birthday show for me so that’s always a little special. However, not only does the band really burn up
the 2nd set; but according to accounts at this show the vibe was off the chain. Countless testimonies of
the inclement weather feeding into the lore of the Grateful Dead. During the wheel, just as Jerry sings
the famous line “thunder won’t get you, but the lightning will” there was lightening flash in syncronicty!

There are no other reviews of this particular recording. Those that follow are from the others in
circulation:
REVIEW: First rate second set
After a rainy afternoon, the clouds parted for a gassed-to-go band o’ bros, who wailed. wailed, second
set, through Scarlet, loud, strong, Phil bombing, Jer singing loud, drums strong,,,, into Fire, sexy and
wild, everybody melding and melting….And who can forget the lightning overhead, left over from the
stormy day, during The Wheel, “If the thunder don’t get ya then the lightning will!” You hear the crowd
responding. Incredibly soulful Morning Dew, the best ever. Rolling and mournful, deadly good. OMG.

REVIEW: the dew sends chills up my spinal column
i believe this is the best source for the second set. great levels and much less up close crowd noise ala
wises’ source. i just cant say enough about this show. call me naive but if the opportunity presented
itself and i could transport thru time/space to any show any time it would be 6/18/83 SPAC – thank you
to all involved with this recording and tranfer. 1983 is an underrated year, just my opinion tho listen for
yourself

REVIEW: Back to this show often
It’s one of those shows… we all have them in our listening library. 1st set is ok did not send chills up my
spine, 2nd though. Everything about the 2nd set is awesome to me. The Dew and the Scarlet Fire get a
lot of comments along with the storm during the show. Something I have not heard many speak of is
this Playin. This is a real Playin in the Band , I mean 18 minutes on a cold rainy late spring night in
June. The boys could of cut it short but no they jam the heck out of it.

REVIEW: I forgot to add….
The Scarlet Fire is INCANDESCENT !!!!!!

REVIEW: Sweet Saratoga!
Rad! What can you say, this one was super fun, even with some of the equipment issues in 1st and
flubs. SPAC is a great venue and this was the best of the shows here really (84-85 great too, but crowd
much smaller in 83). And yes, Morning Dew was and still is unbelievable.

REVIEW: The scarlet keeps going
The jam within Scarlet is great – just when you think it’s peaked, they go round again. I tend to lean
toward soundboards, but the crowd noise here adds energy without detracting…unusual transition to
fire, slowing way down at about the 12 minute mark, worth a listen

REVIEW: solid 83
great show, ” short” first set but ripping from the get go, i really like the ” i can see clearly now” riffs by
brent at the start of scarlet gets the crowd going nicely. and buckle up it is a great 2nd se.

REVIEW: monumental DEW
Garcia screamin about a ‘young man!!” the 1st guitar break he shreds and Phil is everywhere. the final
climactic guitar break smokes as well, brent is wailing on organ, everyone is doing it. if there was a
serious quality SBD of this show it would really shine. just too bad there is no SBD of any kind or a gift
would be something of the quality of the philly dew from the spring that is a really good SBD. d.lemiex
says this show doesnt exist in the vault and none have surfaced in circulation one of the few shows post
76 not in the ‘vault’ and not in circulation ie it was passed around at some point but never made it back
to GDP. either it was never taped or taped and lost soon after the show, tour. at glens falls in either 81
or 82 i found a cassette on the floor while leaving the show. it was a SBD of the 1st set !!!

This Wednesday June 20 at 9am – Veterans for Peace

“A Bad Week to Be a Drummer”, Wed. 4PM HotRodRock 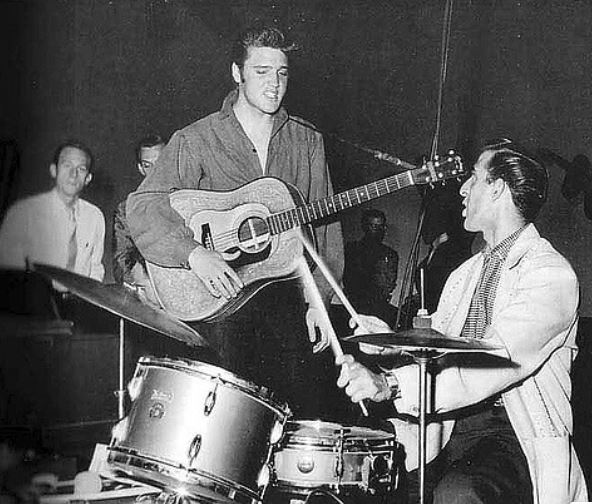