Grateful Dead
Warfield Theatre, San Francisco CA
October 9, 1980
“The source info given was SBD>R>DAT>CD, but Tiedrich lists a cass gen. The weird thing is the
acoustic sounds like it could be from reels with no cass. -very clean, while the electric has a slight touch
of hiss – nothing major at all.”

Soundboards of the acoustic sets on this tour are fairly common, but many dates from the Warfield and
Radio City don’t have soundboards, since the Dead and Bill Graham knew they would be recording for
future releases. There are many stories on the ‘net documenting how some stealth tapers succeeded,
some were caught, and even one who was caught, ejected from the venue, and then invited back in thru
another door…This is the only recording from this date, and the recording quality is worthy of an official
release.

The Dead seemed to be fairly laid back this evening, producing a very sweet evening. Since I’ve featured
acoustic sets from this tour many times in the past, I thought I’d just concentrate on the electric sets.

REVIEW: Love Is Real
This is a real good Warfield show. Don’t miss it.
Great sound.

REVIEW: Another fine show from fall of ’80
Another great show from this really special run of shows of Sept/Oct 1980. The accoustic first set is
superb. This Bird Song is one of the accoustic version of this run. At this point, Ripple has been
transformed from a rarely played old chestnut to a mature standard, closing out the accoustic set almost
every night. The second set is not as good, with some uninspired performances on the whole. Things
heat up again in the third set, including a nice Terrapin.

REVIEW: Great Show-Greatest Story
This show is very nice…note the Greatest Story is from Dead Set…listen to jerrys last solo which has
been altered…by far the best version ever played by the band….

REVIEW: Anyone remember Otis?
I was at one of these concerts and a dog came on stage during the accoustic set a sat there for a while.
Anyone remember that?

REVIEW: “That’s Otis”
Otis was Weir’s dog that somehow found his way on stage (round up the usual suspects…Parrish?)
during the close of one of the 1980 acoustic sets at the Warfield. Picture Jer and Bob sitting on barstools
singing, oh so loverly,…add Garcia coaxing the beast of Mt. Tam on stage while Bobby is furiously
jestering to Otis to go back. Jer won and Otis stood at the stage edge staring into the darkness of the vast
Warfield Theater.

REVIEW: Peggy-O & High Time Must-Haves!!!
Always special to have a rare acoustic set. If it wasn’t for that, I’d give the electric show two stars for
being below average. Have to agree with L. Rosley that things are a bit uninspired there but, it’s hard
getting past Bobby’s mic being so hot and upfront to get through the entire electric show and comment
on the third set.I will say this is one of those mellower nights where Jerry sings the most beautiful
Peggy-O and High Time I’ve ever heard. The mellow-ness is “just exactly perfect” to pull it off: soft,
sweet, and lyrical. I dumped the electric sets after pasting the singles together to create the most precious
fifteen minutes I’ve heard in a long, long time. Almost brings a tear to my eye. The only unfortunate
aspect of saving two perfectly played songs is some PA fuzz 2/3 the way through High Time. True
bummer. Ah, the risks of live recording… To soften the typical harshness of the SBD, I added reverb in
Sound Forge and toned down the louder portions of High Time so the overall song is more even. Those
two are must-haves!!! BTW, 33 years ago, I just happened to record those Franken & Davis antics from
a 1980 Halloween Cleveland radio broadcast. I thought it was a Radio City skit but, maybe it was
Warfield? It was absolutely hilarious ‘dem meetin’ the Boyz: Phil – after Franken & Davis interrupt he
and Jer lining up the show in their room, knocking over a set of guitars, “Who ARE you people!?” I don’t
have the tape anymore and I’ve never seen it on The Archive or anywhere. Anybody know of what I
speak?

REVIEW: First time I’ve listened twice!
On my chronological journey through concerts from 1970-on, this is the first one I’ve listened to twice in
a row. Just a great lineup of songs, so well played, nice sound, etc. 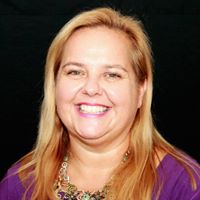