[kc_row use_container=”yes” force=”no” column_align=”middle” video_mute=”no” _id=”330268″][kc_column width=”12/12″ video_mute=”no” _id=”117516″][kc_column_text] The election season is upon us. In fewer than 100 days Floridians will be deciding on the next governor, one of our two Senators, our local House of Representatives entry as well as a host of other statewide races. With the primaries scheduled for the end […] If you have been to the beach lately or Lake Okeechobee you may have noticed the unpleasant odor of rotting fish and disturbing sight of blue-green slime coating the water and shorelines. Guess what? Its red tide season again! And who said we have no seasons in Florida. Just like winter, summer, spring and fall, […] 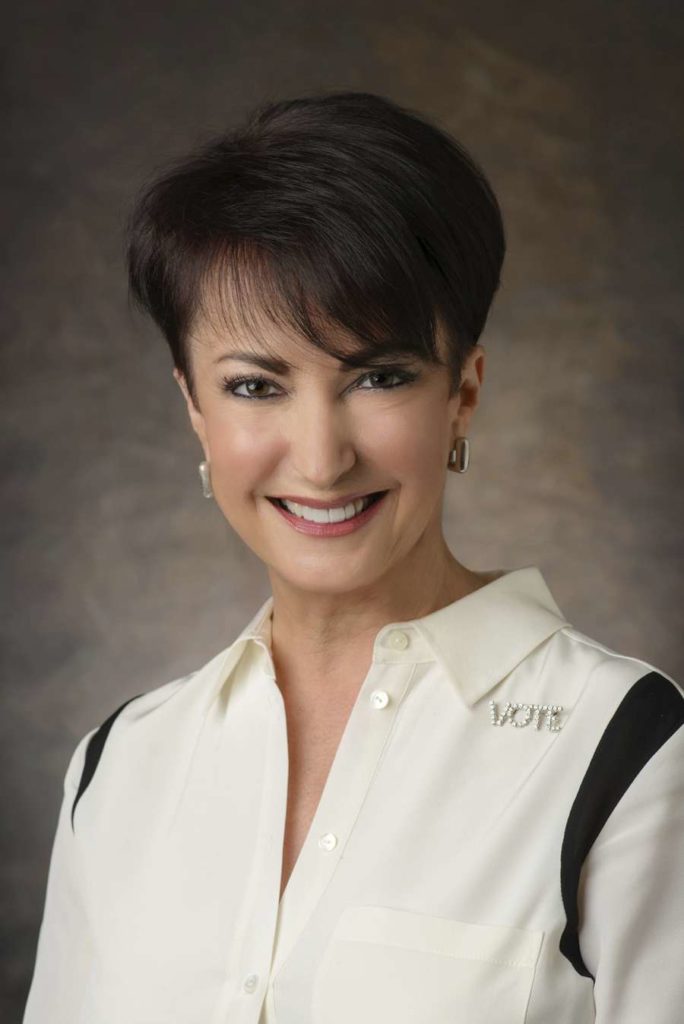 Joining Steve and Lew this week will be a guest who has been on the show many times but this will be her first appearance in her new job. Pamela Goodman (above), formerly President of the Florida League of Women Voters, is now the Executive Director of Ruth’s List Florida, which is an organization dedicated […] Last week, Supreme Court Justice Anthony Kennedy unexpectedly announced his retirement which will leave the court without its moderate swing vote.  Although Kennedy was appointed by Ronald Reagan, a consensus pick after the Robert Bork nomination failed, his record on the court is truly middle of the road. Now, Donald Trump and the Republican controlled […] Based on the number of choices on Amazon, a seemingly new sub-genre of nonfiction books appears to be those analyzing the mental health of Donald Trump and what it means to the country. John Gartner (above), author and former professor of psychiatry at John Hopkins Medical School has edited and contributed to one of the […] Late last month the Trump administration proposed reviving a  Reagan-era prohibition on federal funding for any family planning program that included the option of abortion. As many who follow this issue are well aware,  it has been a long time since federal funds paid for abortions, but this is something new. Organizations who merely mention […]

The gap between wages and rent continues to grow, which has  shrunk of the stock of “affordable” housing for many. Contributing to the problem here in Florida is the legislature’s reluctance to spend money set aside to subsidize affordable housing projects, a problem that was exposed by Steve and Lew’s guest Zac Anderson (above), political […]

Phosphate mining giant Mosaic has applied for permission to expand its operations in DeSoto  County, however, local residents, community activist Glen Gibellina, and Suncoast Waterkeeper Andy Mele (above) do not believe that is a good idea for the environment. Gibellina and Mele join Steve and Lew to detail the damage the mining operation will cause […] Joining Steve and Lew is the new president of  the Florida League of Women Voters, Patti Brigham (above) who will explain why an interpretation of  election law by the Secretary of State Ken Detzner to disallow the use of the UF student union as an early voting site was incorrect, and most likely politically motivated.  […] Pulitzer-prize winning author Jack E. Davis (above) will discuss his award-winning book The Gulf: The Making of an American Sea  in an interview taped this week. The book is an exhaustive history covering the geological beginnings of the body of water we Floridians all know, from when it once stretched to where modern Illinois is […]